Right from childhood days in Shillong I’ve loved music. Around 1967/68, when I was around 11 and also a round 11 (I was fat and short), I taught myself how to play the drums.  A battered old leather suitcase made a nice snare drum; a brass table top with a couple of nails on it made for an excellent cymbal;  and for sticks I ‘borrowed’  a couple of Mom’s knitting needles (sizes 7 to 9 worked best, as they allowed a good rebound for rolls).   My musical heroes in those early days were Brian Bennett (The Shadows), Mel Taylor (The Ventures),  Ringo Starr (The Beatles), and Ginger Baker (Cream).   In 1969 I bought a pair of teak drumsticks for the princely sum of Rs 1.50.  I still have them; every scar on them brings fond and noisy memories. They worked well on my suitcase too, though I kept borrowing Mom’s knitting needles…

But the story of my musical eccentricities must wait for another time.  Why I mention music now is, music has always been my refuge, it’s brought me solace and comfort and delight. And playing the drums elevates my spirits even in the darkest of moments.

Which is why, last week, after a gap of over five years, I picked up my drumsticks and went to a jam room in South Extension where there’s a nice drum set, and I practiced playing the drums for an hour.

There were no listeners to tell me how hideous it sounded, because I was all alone and the jam room was (mercifully) sound-proofed.  I was rusty, stiff in bone and muscle and brain, I panted and gasped at the exertion, I missed a beat every nine beats on average.

But I loved it!

I emerged from the jam-room, exhausted but healed of angst, the words of Omar Khayyam  blending weirdly yet sublimely with the words of Adi Sankaracharya in my haze-filled mind:

Alike for those who for TODAY prepare,

And those that after a TOMORROW stare,

A Muezzin from the Tower of Darkness cries

“Fools! Your Reward is neither Here nor There!“

I managed to record part of my solo cacophony, and place three short sections below – missed beats and all – for your torment, ferment and comment, O patient and long-suffering reader!

Don’t worry, I promise you I won’t post any more of my solo practice sessions.

I love music, but I’m no good at writing about music (or about anything else for that matter :D). Sure, I can play the drums, even fool around a little with a guitar; but I’ve never learned anything about music formally, instead simply picked up things by the heart and ear—and fingers and wrist and all.

I tax thy patience with the above throat-clearing statements, O patient Reader, because I’ve sat down to write a few lines on how thrilled I am to know that the Shillong Chamber Choir is going to perform at the India Music Summit, Jaipur early October.

But I can’t write about the Choir.

I love their music, but I have no words to describe their music and how it moves me.  Even if I knew something about music, I wouldn’t dare try. How can one convey the romance and immensity and magic of a clear, starry night in the language of astrophysics?

I  won’t even try to describe what kinds of music the Choir performs. It just doesn’t feel right to place any brackets of ‘genre’ around wonderful musicians like these; they sing just about anything they set their hearts and minds on…and they sing it with indescribable beauty and passion.

The Choir has performed across India, across the world. And they come from Shillong, my hometown.

There, I’ve said all I can. I humbly offer a link to the Choir’s website, where you can listen to some of their works. For quick samples, try these: Gerua and The wind beneath my wings

And now, I listen to the Choir’s rendition of ‘When a child is born’…and soar away on the ethereal voices and the timeless wonder and joy and hope they echo:

“…And all of this happens because the world is waiting,
Waiting for one child
Black, white, yellow, no-one knows
But a child that will grow up and turn tears to laughter,
Hate to love, war to peace, and everyone to everyone’s neighbour
And misery and suffering will be words to be forgotten, forever…
It’s all a dream, an illusion now
It must come true, sometime soon, somehow
All across the land, dawns a brand new morn
This comes to pass when a child is born…”

It’s 43° C in the shade here in Delhi, with a scalding hot wind ripping the  leaves off trees and propelling kilograms of nano-sized dust particles through the tiniest cracks and crevices in the doors and windows to fill the room where I sit, listening to the air cooler roaring in futile rage, eating juicy chunks of chilled watermelon in between keystrokes and cheering myself with visions of my not-so-favourite netas roaming the streets and campaigning for votes in this infernal weather.

Indeed, there is Dharma in this world.

Delhi’s incendiary summer is a good time to remember the crisp chill of Holland’s winter. I visited Holland in December-January; a dreamy, timeless three weeks during which I re-learned the sublime and long-forgotten art of simply being. Base camp was my friend Udai’s apartment in Delft –  it’s the prettiest little town I’ve ever been in. Delft is young by Indian standards (it’s only 600 years old) but its history is linked closely—oh so closely— to the history of India, indeed of the whole world.  There was so much to see, to experience, to learn…not only in Delft but in Leiden, Rotterdam, The Hague … no, it’s impossible to find words to describe it all, I don’t know where to start, so  I won’t even try – at least not now.

Right now I’m just going to place a few photos of Delft, from here and there. Like this…

I did miss two things, briefly but deeply, in Holland.

One was seeing tulips carpeting the earth out in the countryside like in the photos I’ve seen. Winter is off-season for tulips. So, I plan visiting Holland again, in April/May 2020.

The other thing I missed is actually a person: a friend, the first Dutchman I ever met, I’ll call him Helm, for it wouldn’t be fair for me to use his real name without asking him, and sadly I can’t do that now because Helm and I’ve lost touch since we last met in Shillong in the mid-1970s. I was then pursuing an elusive college degree in Shillong, invigorated in my chase by the healing vapours of garden-fresh cannabis and affiliated psychoactive substances. Helm was a visitor to Shillong from Calcutta, over three successive years, each time just for a fortnight or so. He was a Masters student (of Comparative Religions, if memory serves right) at the Viswa Bharati University, Santiniketan (Calcutta); a few years older than I, tall, broad, strong, golden-haired, ruddy-faced, always clad in white kurta-pajama and clogs. Helm was learned, earnest, serene, yet with a ready smile and a huge laugh that could shake the dust and woodlice off the  rafters. Helm lugged his classical guitar along wherever we wandered—exploring the hills and rills, meadows and forests, taverns and caverns—and when the heady ganja and mellow kyat had soothed the spirits sufficiently and the comfortable silences had settled, he would pull out the guitar and pluck and strum beautiful melodies and belt out folk  songs – Dutch, sometimes English – in a powerful baritone. He even taught me one Dutch song: I only remember the tune now, the lyrics are long forgotten.

I learned much from Helm: about the beauty of all religions and the horrors inflicted across the world in the names of gods and prophets, about humanism, tolerance, the need to remain curious as a child throughout life, how travel can open minds. Helm didn’t educate me on the tulips of Holland, but he taught me a far more valuable life-skill, one that is deeply rooted in India’s glorious heritage and culture—the refined art of making the purest charas (hashish) from the cannabis plants that grow in such profusion in the meadows of Meghalaya. It was a primary objective of his annual pilgrimage to Shillong, to manufacture sufficient stocks of charas to keep him going in Calcutta till the winter break when he went home to Holland.  Thanks to Helm, I and a few friends drastically cut down our ganja-smoking; we switched to charas.

Wherever you are, Helm of Holland, may peace be with you. It was wonderful visiting your beautiful, eternal country: I remembered you, briefly but deeply, when there.  Who knows, the One willing, perhaps we shall meet again someday, in this life or in another, in some timeless rolling meadow filled with music and laughter and companionship and comfortable silences and mounds of stroopwaffel and the divine fragrances of tulips and mellow wine and ripening ganja plants in the sunshine… 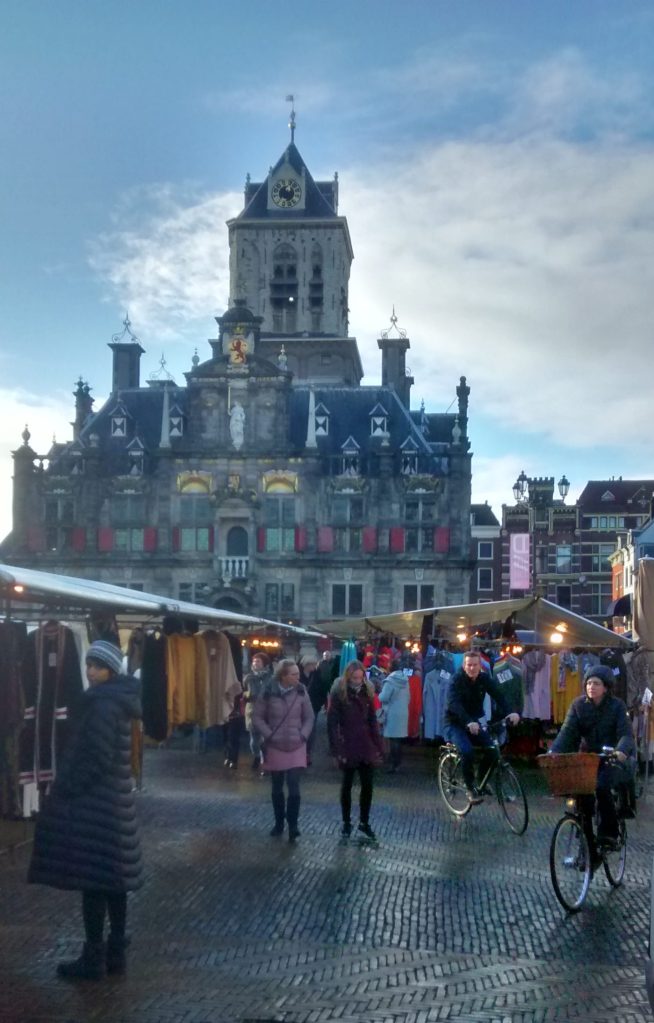 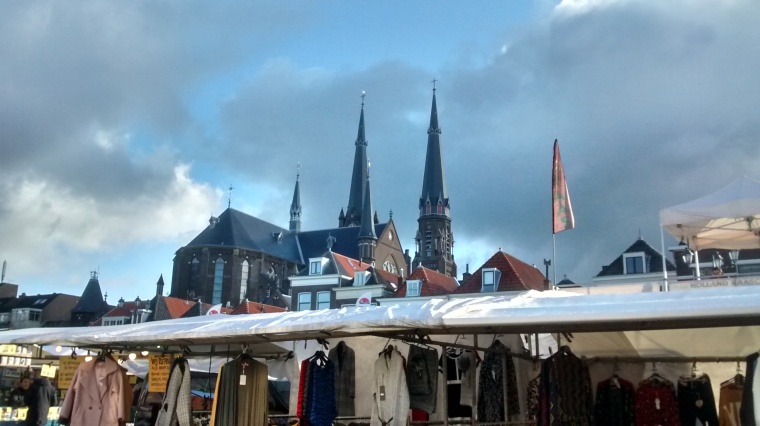